Don't forget this Friday, pupils can bring in 50p to buy an ice pole! All the money raised will go towards the school playground appeal. https://t.co/OwZX4G6r6r

Did you know that SET Tennis deliver lessons and clubs at East Borough? The children really enjoy these sessions, make good progress and we would definitely recommend the sessions to anyone who would like to give it a go! https://t.co/WukI7aOoAe

Parent Breakfast! Come and join us for a light breakfast, after you have dropped your children off at the beginning of the day! Young children are welcome. Where: Main Hall When: Wednesday 13th October Teachers will drop in to say hello - we'd love to see you there. https://t.co/R7zUmiwQy1

The PTA is looking to provide a second-hand uniform service and would greatly appreciate any donations of school jumpers or cardigans, summer dresses, logo t-shirts and grey skirts and trousers that are in good condition. Please bring your donations to the main school reception. https://t.co/9PbKJ5nhhh

Would you like to join our friendly team? We are currently looking for a Teaching Assistant to work in our Specialist Resource Provision. You can find all the details on our website: https://t.co/KY7wa9ItQK https://t.co/CVhLqDwbCD

A reminder that this Friday (25 June) is a staff development say so children do not need to come into school. https://t.co/uvDErgLSOc

Would you, or someone you know, like to train to teach?Come to one of our allocated sessions on Wednesday 30 June 2021, at the School of Science & Technology Maidstone, to find out about the courses that we offer through the Trust. More information here: https://t.co/iqfxMwnLmD

Two of our fantastic pupils have made it into the Primary category top five! Well done Tida and Zainab! https://t.co/tXGz8GZgNt

Another brilliant song by the Valley Park virtual school choir - and this time for Red Nose Day. Please share and donate if you are able! https://t.co/3yPJ0vq4XD

Valley Park School is holding its first Community Art Auction on YouTube, on Thurs 4 March at 7pm. The virtual live event will raise money for Dementia UK & there will be a range of artwork to purchase - don't miss it! https://t.co/J22jyRrAkM

Well done to all our pupils who took part in the VIAT photography collage competition over half term - there were some stunning entries! https://t.co/4yzsmE7kSL

For this week's primary challenge, we asked pupils to draw a picture of what they're missing about being in normal school lessons, as well as what they like about learning at home. Emilia from Year 6 sent in this brilliant drawing! https://t.co/TJc6UCy5Fb

This week's challenge was for our pupils to show off their cookery skills - and they've done a brilliant job! Just look at these amazing creations! https://t.co/cswnk114Bu

The Primary Weekly Challenge this week was to see how many star jumps you could do in one minute... well done to everyone who took part! Our star jumping champion is Emilie who managed to do 98! Amazing! https://t.co/ihltbc3qLJ

We received a lovely note today thanking East Borough for the presents and handmade card, delievered to an 86 year old gentleman living in sheltered housing, just before Christmas. We're so delighted to have been able to help. Read the full note here: https://t.co/X1qZ9UtGp7 https://t.co/BJsS427sPf

Over Christmas and New Year, we revamped our library so the children have something exciting to come back to when we are all allowed to be in school again. We are thrilled with how it's turned out and can't wait for all our pupils to be able to enjoy it! https://t.co/7hH4gC7L19

Favourite book alert! This is what Emilie had to say about Alex Rider novel, Stormbreaker, by @AnthonyHorowitz 'ACTION, ADRENALINE, ADVENTURE! I like this book because it's so exciting. It’s full of action all along. Alex is extremely courageous and always takes risks.' https://t.co/8Got8Cqu1H

Just a few of the East Borough nature photos submitted as part of the VIAT Primary Weekly Challenge - aren't they great? https://t.co/5IPHA9hsAQ

Are you a teacher looking for a new challenge? Come and join our friendly team at East Borough! You can find all the details on our website - https://t.co/1rEz9G9Wy7 We're looking forward to hearing from you. https://t.co/e73XZnP3dJ

Are you a teacher looking for a new challenge? Come and join our friendly team! We are currently looking for a Key Stage 2 classroom teacher to work at our fantastic school. You can find all the details on our website - https://t.co/1rEz9G9Wy7 https://t.co/jvkncE8HG5

If you're looking for a school place (Reception) for your child from September 2021, please come and view our fantastic school. Due to current restrictions and limited numbers, you will need to book a place through the link on our website: https://t.co/aZdDsPQMe9 https://t.co/WaYWwEHxlS

We're absolutely delighted to have achieved the prestigious Music Mark Award. The hard work & dedication of our fantastic Music teacher, Karen Hill, is hugely appreciated - the children love her lessons & anyone who has heard our 50-strong choir will know how amazing they sound! https://t.co/Ff8mosxWWL

There have been some amazing entries for the VIAT Transition Project! You can see all the submissions so far, from the pupils joining VIAT's secondary schools in September & find some inspiration to create your own, on the dedicated website. Details here: https://t.co/xdMIA4Ei4x https://t.co/VKbtLtbGF4

Miss Morley has been busy with her contacts, she knows so many people, including Mr Maker! https://t.co/rI6irIXbnC

Thank you to the lovely Andy from CBeebies for sending us a special message to East Borough. https://t.co/KQzPG5rkEJ

With access to libraries, classrooms and bookshops limited for most children, Books for Topics have been busy finding some of the best online story times for children to use freely at home: https://t.co/oDc7b3UGNJ Have a look! We think they're great! https://t.co/3SKGRftKHu

After the huge success of our Stay Creative competition, we're launching another! This time, there's a STEAM focus so we'd like to see work around Science, Technology, Engineering, Art and Mathematics. All VIAT students can take part! Full details here: https://t.co/6evn2XGNgf https://t.co/8pP3fDrrax

We are proud to be supporting @dementia_uk #TimeforaCuppa. The VIAT Leadership Team have put together this fantastic video of them sharing a cup of tea! https://t.co/RoMXIlQZSB https://t.co/g9Uw79l02c

We need your help! National Book Tokens are running a competition for schools to win £5000 of book tokens for the school library (and to get a £100 book token for yourself). Please use the link to nominate Valley Invicta Primary School at East Borough! https://t.co/oaB56l8FSE https://t.co/y0rZnioIfs

The Stay Creative competition winners have been announced! There were over 250 entries which included painting, photography, crochet and digital illustrations - and the standard was amazing! The winning entries can be seen here: https://t.co/00rGeek8lD Well done everyone! https://t.co/RigGDcTlhy

Are you in Year 6 and joining one of the VIAT family of schools (Invicta Grammar, SST Maidstone, The Lenham School or Valley Park) in September? Why don't you take part in our transition project? All the info you need is right here - https://t.co/gZtWpjioDE - or scan the QR code! https://t.co/pex2f2DoTd

We are looking forward to 'welcoming back' all our fantastic pupils, for more online school learning, on Monday (20 April). We hope you had a great Easter break!

These are amazing! Well done everyone! https://t.co/H0iWHzALG4

Well done to the year 4 football team.  They tried their best playing football in the year 4 VIAT primary competition. They all played very well and showed great resilience. 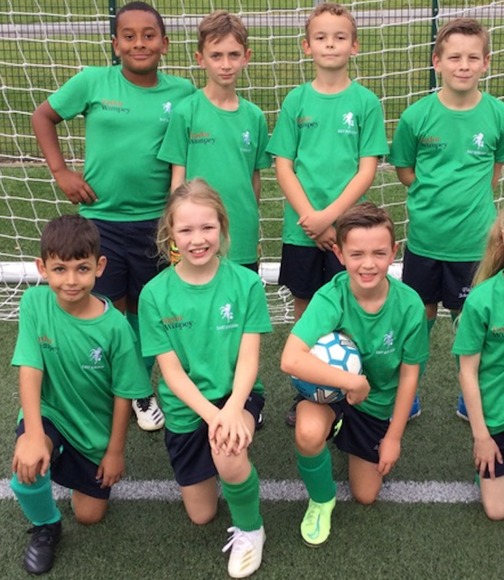 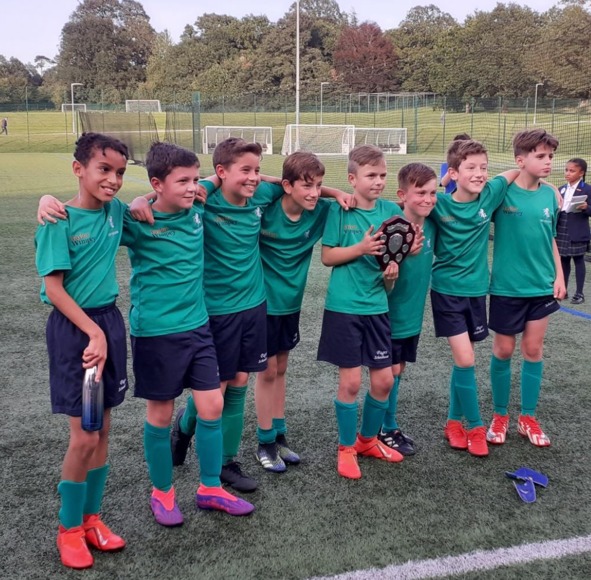 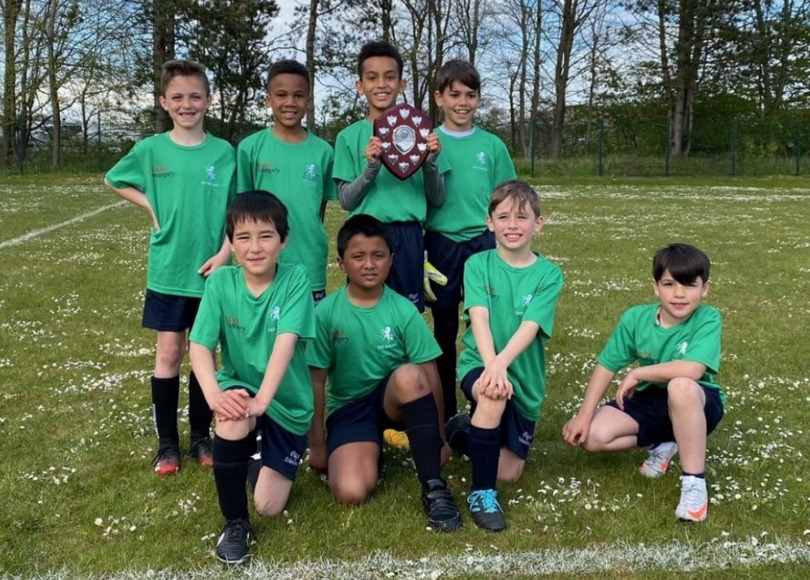 On Tuesday 4th May, some children from year 4 took part in the first inter school sporting fixture of the year. The children performed very well, winning 3 of the four games against the other VIAT primary schools, and finished in 1st place! It was a pleasure to take part and the children were all a credit to the school. Congratulations to Dexter, Kai, Leo, Isaac, James, Mahtab, Daniel and Matias. 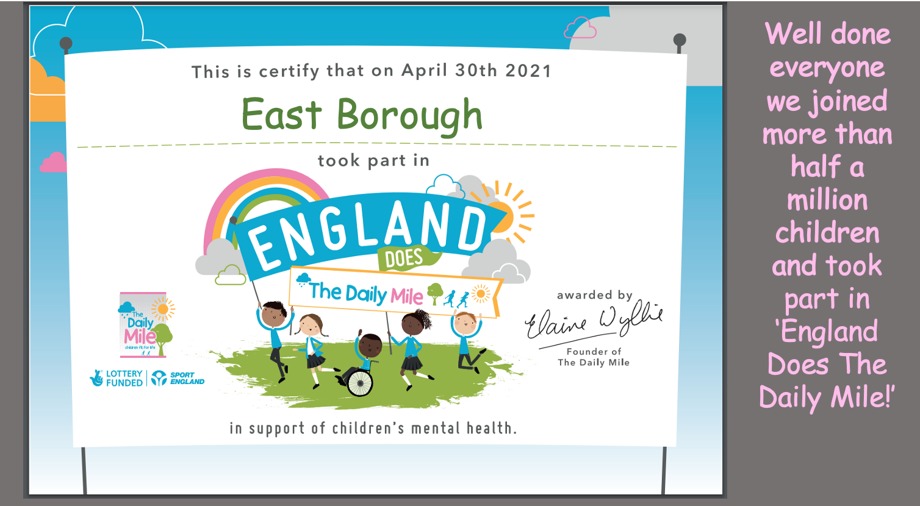 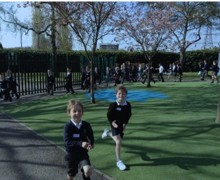 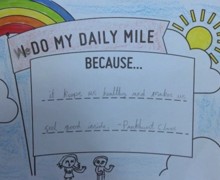 Year 5 are enjoying learning how to play cricket in their after school club with Mr Lee. 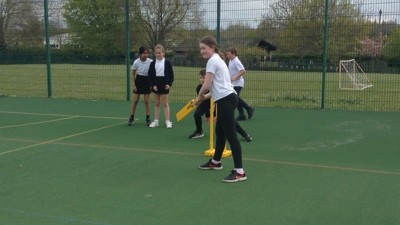 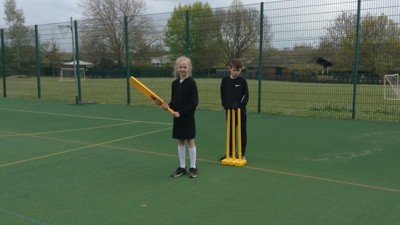 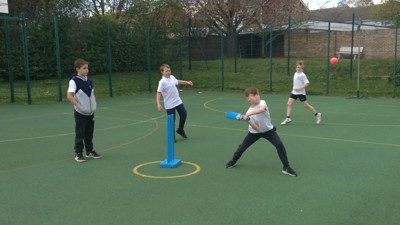 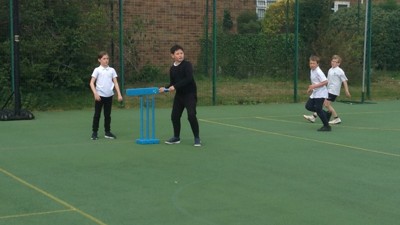 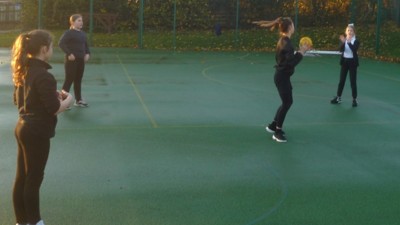 Year 6 have been lucky to have Mr Lee as part of their support bubble in school. As part of this, he has been running a handball club after school. The children have loved learning a new sport and Mr Lee has commented on what a delight they have all been. Well done Year 6 and thank you to Mr Lee. 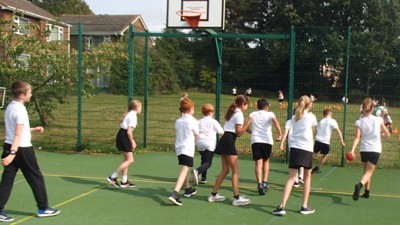 As the stunning start to Term 1’s Themed Learning, Year 6 learnt how to play ‘Pok-ta-Pok’, which is an ancient Maya ball game. The rules are simple – you are not allowed to use your feet, hands or head to pass the ball! If successful in this game, the winners were revered but the losers may have been sacrificed to appease the gods! Luckily, no such fate was bestowed upon Year 6! 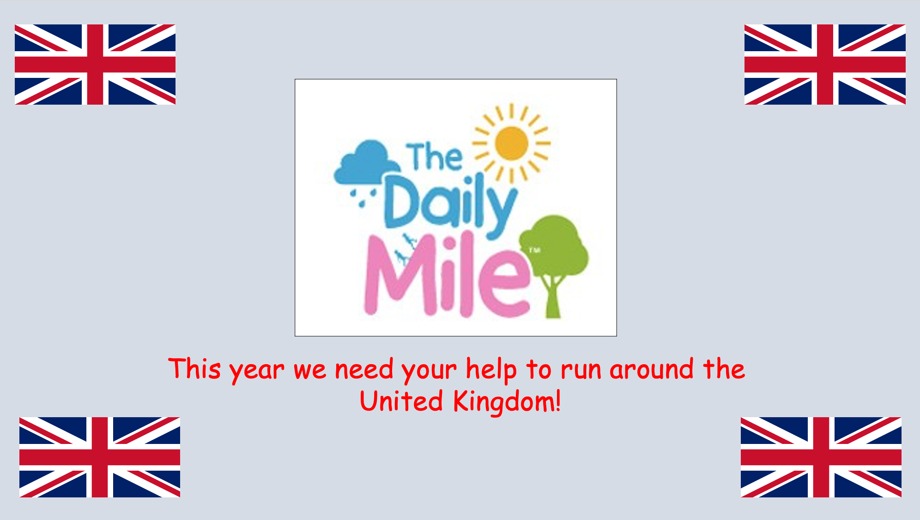 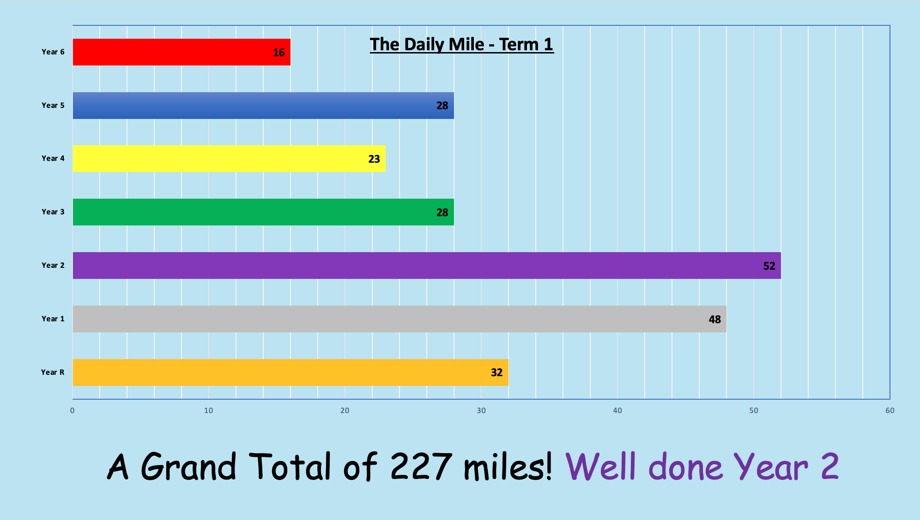 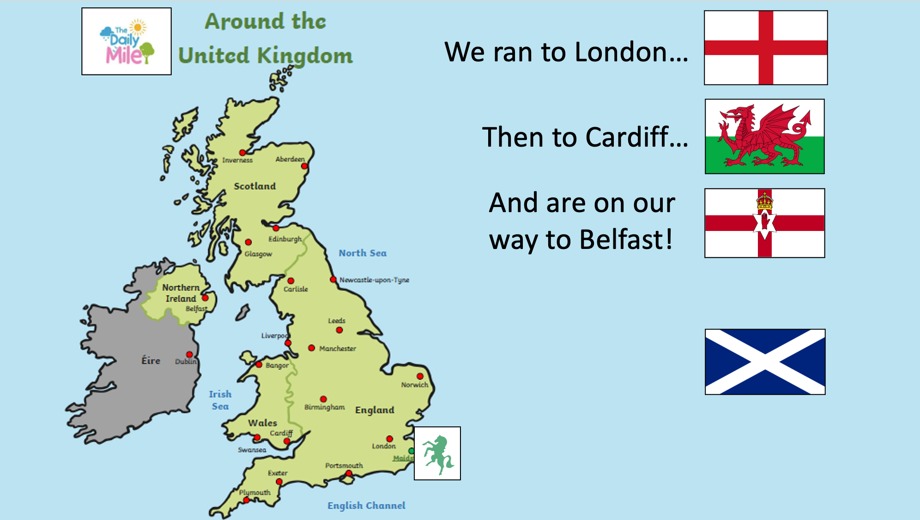 VIPS at East Borough climbing wall has had a major facelift!

The children were invited to vote for their favourite design and then had to wait expectantly to find out which one had received the most votes. Gradually the wall took shape, initially with a white-wash and then blues and greys were added. We all watched in excited anticipation until finally the finished wall was revealed.

As you can see the children love the design and are absolutely thrilled to be climbing "The East Borough Peaks". 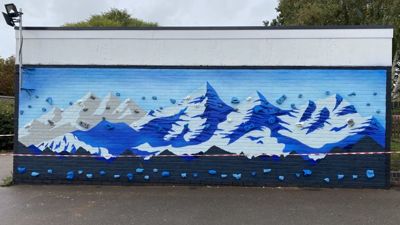 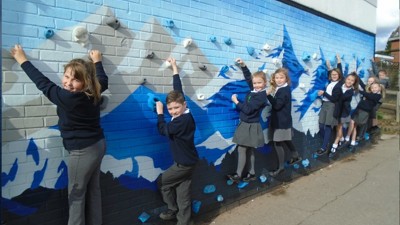 This week Brody, James, George, Mahtab, Daniel, Leo, Dexter, Alan and Lara represented East Borough at the Greenfields LKS2 football tournament. The standard of football the team played was outstanding. This resulted in them coming first in their group and then beating Bredhurst to reach the final. Unfortunately, after a very close game, we lost the final 2-1 with East Farleigh scoring in the very last minute. What a great effort for their first time playing all together, coming second overall out of 16 schools.

All of the children thoroughly enjoyed themselves and they all represented the school to the highest standard and were a credit to East Borough with their impeccable behaviour. Thank you to all the parents who were able to come and support, and a big thank you to Mr Hinkly for coaching the team. 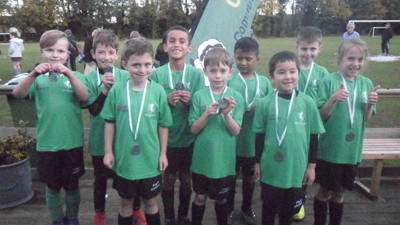 Last term, a number of our pupils attended 3 races in Mote Park, competing against children from 9 other schools. There were about 30 children in each race and the overall school results are shown in our Term 2 newsletter. The individual race results are below. 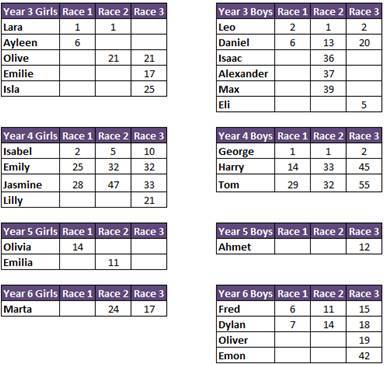 Last week, Friday 11th October, we had a visits from the Welsh No.1 Table Tennis player and Commonwealth Games medalist, Ryan Jenkins. The children and teachers were thrilled by the speed of the rallies and the spin top players use. A few teachers tried to return some of Ryan's serves but with no luck. Ryan demonstrated that with Aspiration, Resilience and Courage you can achieve your dream. 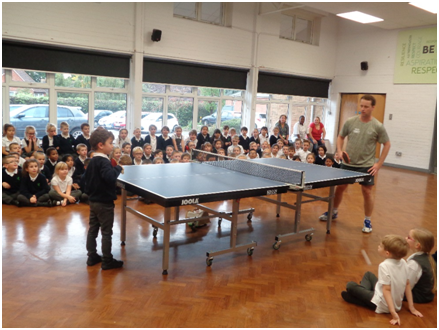 On Thursday 10th October, our Year 5/6 netball played two matches against two of our other VIAT primary schools - Kings Hill and Leybourne Chase. After just three netball training sessions, we were a little nervous but the children enjoyed themselves immensely. Kings Hill appeared to have a very experienced and strong team and won the mini tournament convincingly, but this has given us lots to aim for in the future. Our match against Leybourne Chase was more evenly matched, finishing in a draw, but sadly their extra-time ‘golden goal’ left us finishing in third place. The children all played really well and behaved beautifully, showing a great understanding of the finer rules of netball. We all look forward to more matches in the future. 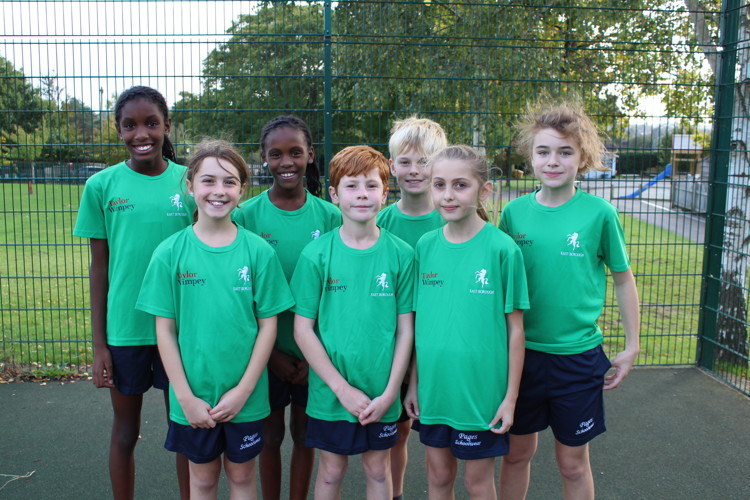